Nobody can save you but

yourself – and you’re worth

saving. It’s a war not easily

won but if anything is worth

winning – this is it.

The world is strange and tough. A lot of things don’t make any sense to me — like Taco Tuesdays on a Monday. I’m making it up as I go along and sometimes I compare myself to others as a measure of my own progress.

But comparing myself to others hurts me in so many ways. And I found myself doing that at Burning Man.

Although this thought comes up for me, it’s fleeting because a lot of what makes Burning Man Burning Man is community.

This was my second year. My first year was so overwhelming.  I am an anxious and impatient person so my first year was full of anti fomoing — must see this, must be here, must be up up up and go go go, to the point that I was completely burnt out and over it by my last day. I was so tired I couldn’t/wouldn’t enjoy Burning Man any longer.

So why come back? I’m a few years older and a bit calmer in nature (a bit but not by much) and I didn’t feel the pressure of having to partake in everything Burning Man had to offer anymore. Burning Man is so large and full that it is impossible to experience everything and this year coming into the burn, I had made my peace with that. And with that pressure lifted from my shoulders, it made me more receptive to meaningful and surprising connections with others and it opened me to discover that Burning Man wasn’t just a one time buffet of extravagant experiences, but could be felt and lived on the daily.

I’m an extrovert and I feel energized when connecting with a lot of people. I usually connect with people through conversations and getting to know a person interpersonally, sharing and swapping stories. But with Burning Man and keeping with their 10 principles, I practiced Gifting. I brought my flute to Burning Man and busted it out. When someone approached me, or I was introduced to someone new, instead of asking the usual ‘What’s your name, what do you do?’ I told people to give me three adjectives that described themselves and from what they said, I improvised a little tune on my flute for them.

With something that came easy and readily for me now (albeit after years of training in music), after my little ditty, I saw genuine awe in people’s eyes. Some asked me what my process was (if your word was ‘open’ = C major — most commonly used in pop songs, ‘grounded’ = low G major — down to earth kind of feel, ‘sexy’ = flute trill with a little hip action ;)) and after explaining it, people complimented me on how I spoke and thought about music in terms of their personality, and it made me feel valued and part of the community of Burning Man.

I connected with people through music, something beyond words. I was just jamming on my flute for a camp and a violinist arrived and asked to jam with me. Burning Man is about saying yes, so I said, absolutely! We exchanged more music notes than words and when we played together, unrehearsed and organically, it was beautiful. Her name was Empress and her violin was white. I had no idea where she was from or even her real name, but we connected when our notes and rhythm just felt right together. That connection transcended and I could feel the people who were listening enjoyed our improvised songs and they in turn was part of the experience, part of the connection, part of the community.

She’s a whirlwind. A mess. Lost.

Insecurities manifest into a monster that is she.

She is missed and her community calls to her to come back.

And she calms, she listens, she is saved. 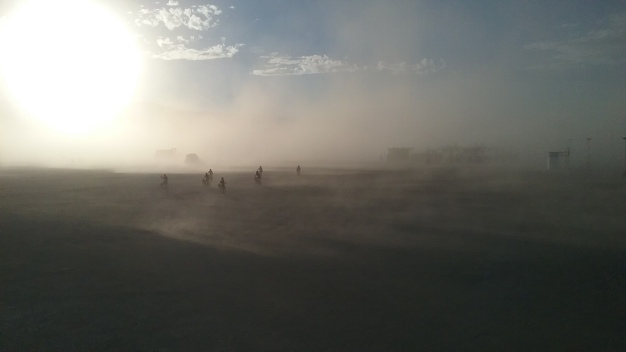 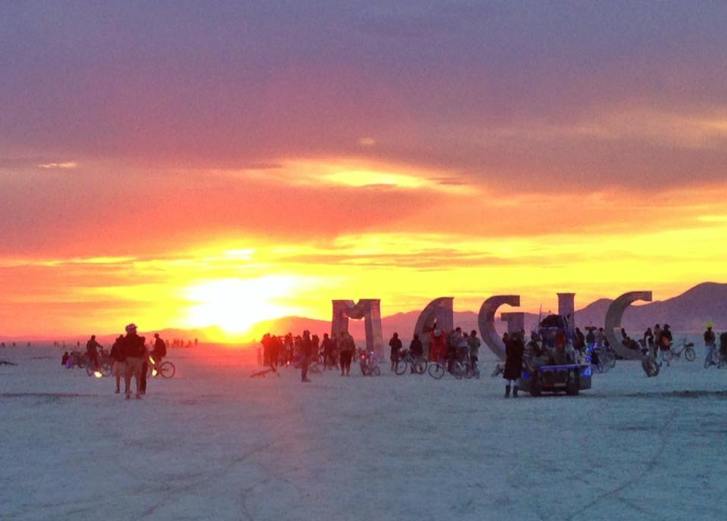 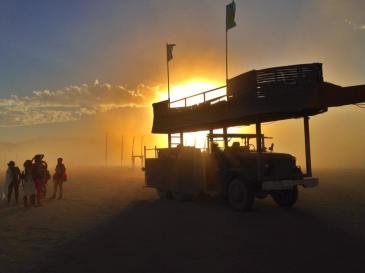 photos courtesy of Niamh and PK